Located in the heart of Shem Creek 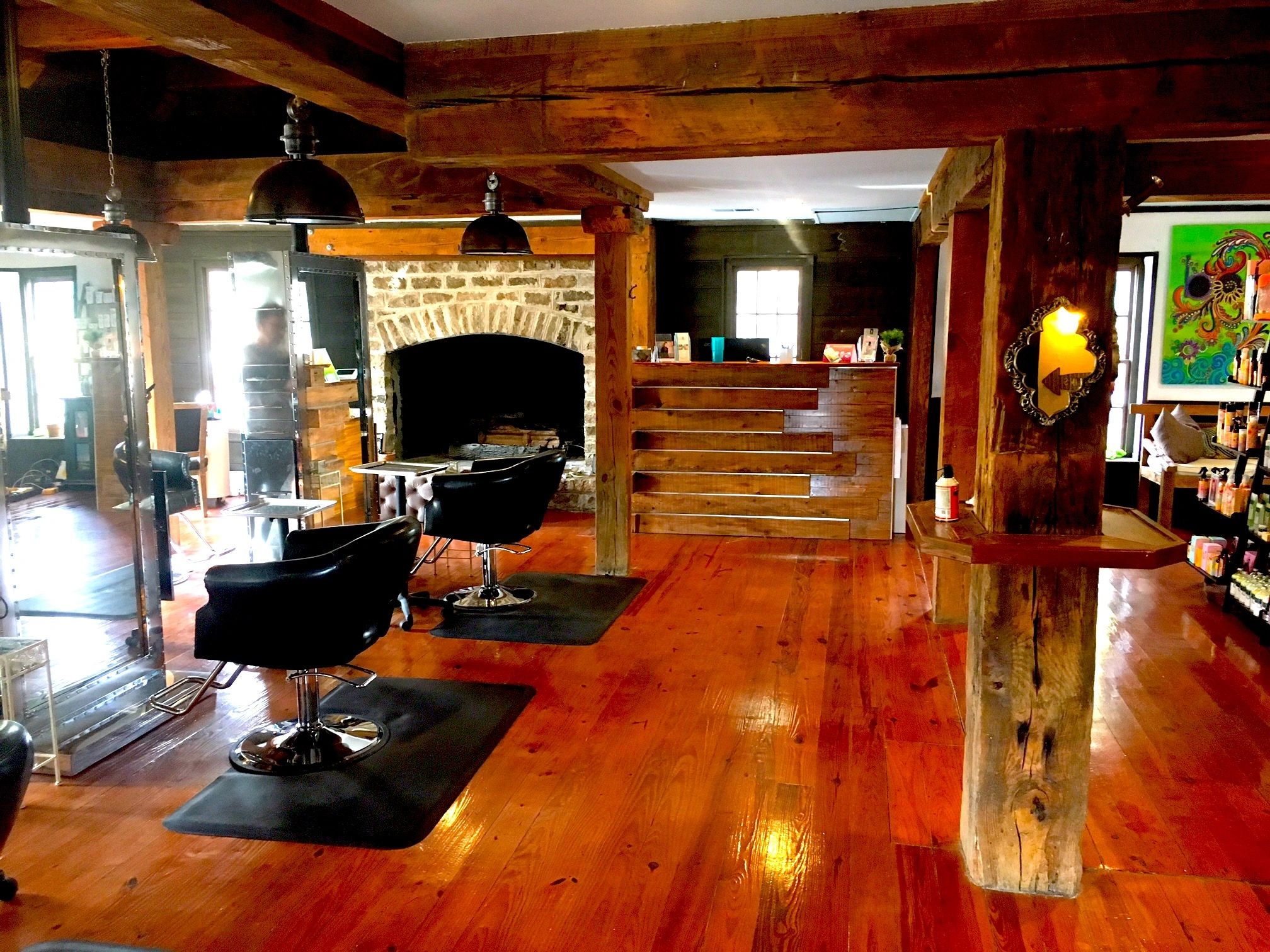 Bohemia Salon has been providing upscale hair, skin, and nail services to the Charleston community since 2009. Originally located on Daniel Island, Bohemia Salon is owned and overseen by Shawna Amella, a European Master Stylist.

In January 2017, Bohemia Salon relocated to a beautiful historic building on Shem Creek to better serve our clients.

Our Commitment to You

At Bohemia, we are a team of talented hair and skin professionals devoted to providing the highest quality services to our clients. We provide a comfortable and intimate salon experience.

A district inhabited by persons, typically artists, writers, and  intellectuals, whose way of life, dress, etc., are generally unconventional or avant-garde.

We have a team of stylists ranging from Junior Stylists, who are freshly embarking on their careers, to Master Stylists, who have 30+ years of experience in the industry in order to fit every need (and every price range!). Our Junior Stylists are integrated into the Bohemia culture & work side-by-side with our Master Stylists to develop and enhance their technique as well as to stay up to date on the newest styles and trends.

We proudly use Goldwell as our color line

Ask us for more information about these services

By our Certified Technician

Do you Boho? Well, You should.

Shawna is a European Master Stylist with over 30 years experience in the hair industry- a true master of her craft. Originally from Toronto, where she worked with top stylists in the industry and trained as a Goldwell Platform Artist, Shawna moved to Charleston in 2008. Shawna specializes in all things hair- intricate cuts, specialty color techniques, and flawless up-do's. When she's not at the salon (which is rare!), Shawna can be found surfing on Isle of Palms or at the dog park with her 2 rescue Great Danes.

Wayne has been with Bohemia Salon since the very beginning! A stylist for over 30 years, Wayne has done it all- he has been a salon owner, a salon educator, and taught at one of Charleston's best cosmetology schools. Wayne also hosts monthly in-salon classes for the Bohemia stylists on topics ranging from color theory to specific styling techniques, ensuring our staff is always up to date in their education. As a Master Stylist, Wayne has mastered all things hair, from complex men's and women's cuts to the latest color techniques. When he's not behind the chair, Wayne enjoys gardening and is an accomplished vocalist and choir director.

Vaedin is a senior stylist who earned her cosmetology license from Paul  Mitchell in 2012. Vaedin is originally from Memphis, TN and moved to  Charleston in 2011. Prior to joining the Bohemia team, Vaedin was an  owner and stylist inside one of Charleston's best studio salons. Vaedin is an expert in color theory and application  and specializes in blondes, pixie cuts, men's faded design and  avant-garde cutting. Vaedin loves to enhance client's self-confidence  through custom hair design and enjoys sharing stories with her clients about life and hair-care. After work, Vaedin loves to  paint, spend time with her dogs, and attend local events with friends.

Mary is a Charleston/Isle of Palms native and received her cosmetology  license from Charleston Cosmetology Institute. Mary joined the Bohemia  team as an assistant in May 2018, where she worked side-by-side with our  Master stylists before settling behind the chair. Mary is currently a talented stylist who specializes  in fashion color and balayage techniques. Additionally, Mary is a spray  tan artist, making all of your bronzed dreams come true! In her spare  time, Mary enjoys art, music, and hoola hoop dance.

A Charleston native, Jessica has been a licensed stylist for over 10  years. While she currently resides in Charleston, she has offered hair  services in both Atlanta and New York in the past. She is a balayage and  color specialist and is an expert at working with all textures of hair. Jessica also offers formal  hairstyles and airbrush makeup. In her free time, Jessica loves  traveling and hanging out with dachshund!